Peterburjec Alexander Benoit was a person of versatile gifted - painter, graphic artist, theater artist, art historian.
He was one of the founders and “soul” of the artistic association «World of Art», which originated in Petersburg in 1898 and existed until 1924.
Representatives of “World of Art” rejected academicism and tendentiousnesse of Peredvizhniki. In their work, they often referred to the historical past – 18th-19th centuries.
The great merit of “World of Art” was the creation of a highly artistic book graphics. In addition, all the artists worked in the theater and were brilliant masters of theatrical and decorative painting.
Versailles and Petersburg with its suburbs are the main themes in Benoit’s art. It should be noted that the “World of Art” artists showed great interest in architecture, and thanks to them, for the first time in Russian art, architectural themes resonated loudly in the artists’ works.
Benoit was in love with Versailles. He spent whole months there, capturing on his paintinges the beauty of the palace and park ensemble, built in the style of 17th and 18th centuries French classicism.
The “Oranienbaum. Menshikov Palace” is painted on paper by mixed technique. Oranienbaum is a town in the Petrodvortsovy District of Saint Petersburg, where Prince Alexander Danilovich Menshikov, a friend and associate of Peter I built a palace for him.
The completion of construction of the palace coincided with the year of the death of Peter the Great, after which Menshikov, falling into disgrace, was exiled to distant Berezov, where he ended his days, never having had time to live in his magnificent palace. However, his name is preserved in the name of this 18th century architectural monument.
Benoit painted “Menshikov Palace” in 1901 from nature, not from memory, as he later used to do in Paris, recreating in memory separate views of Petersburg and the region. And there is a certain value in this work.
In 1926, Alexander Benois and his family moved to Paris. He lived a long, interesting and fruitful life, leaving behind a huge creative legacy.
A. N. Benoit at the Museum of Russian Art (Prof. A. Abrahamyan’s collection):
Sketch for stage design for I. Turgenev’s play “A Month in the Village” “Oranienbaum.Menshikov’s Palace. Pavilion” ,  1901
“Versalles. Pool”, 1906
Sketch for stage design for “The Stone Guest” play by A. Pushkin,  1914 Sketch for stage design for the ballet “Les Sylphides” based on Chopin’s music,   1916
“Italian Comedy”, 1916 (?) 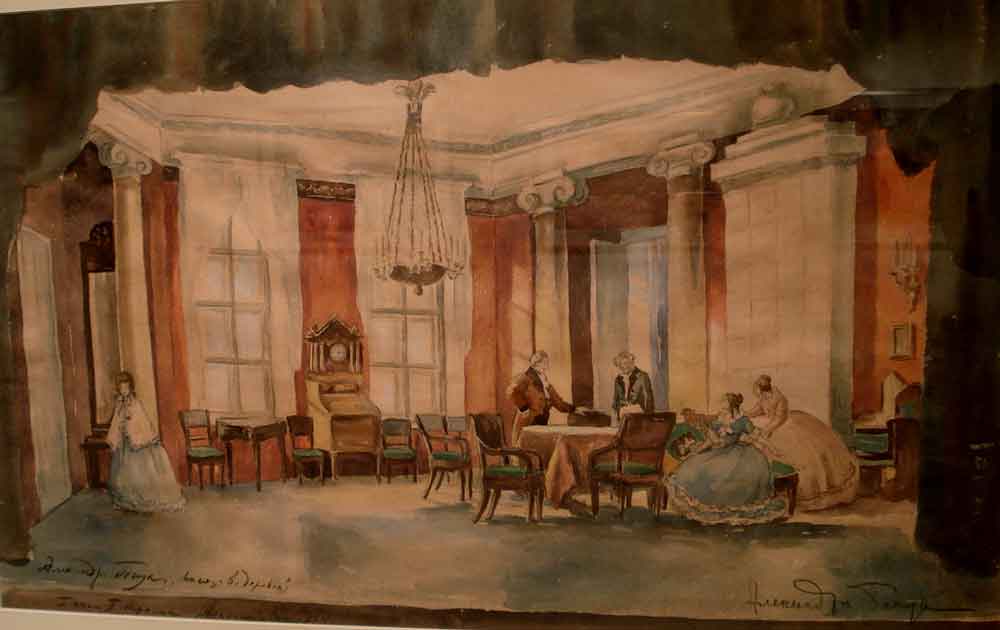 Sketch for stage design for I. Turgenev’s play “A Month in the Village” 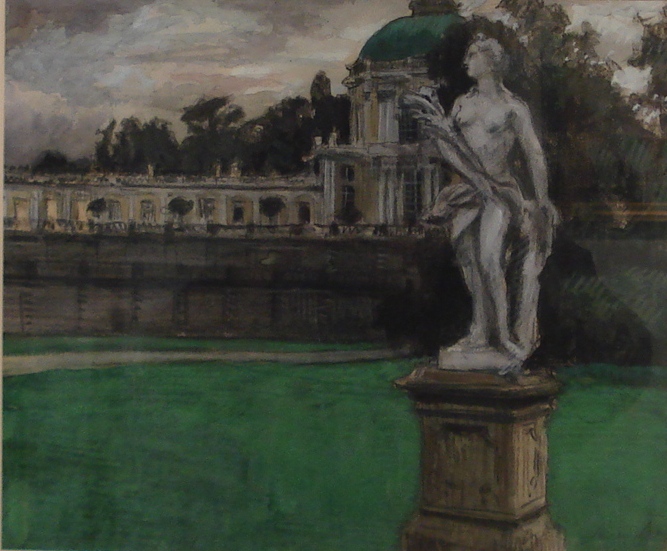 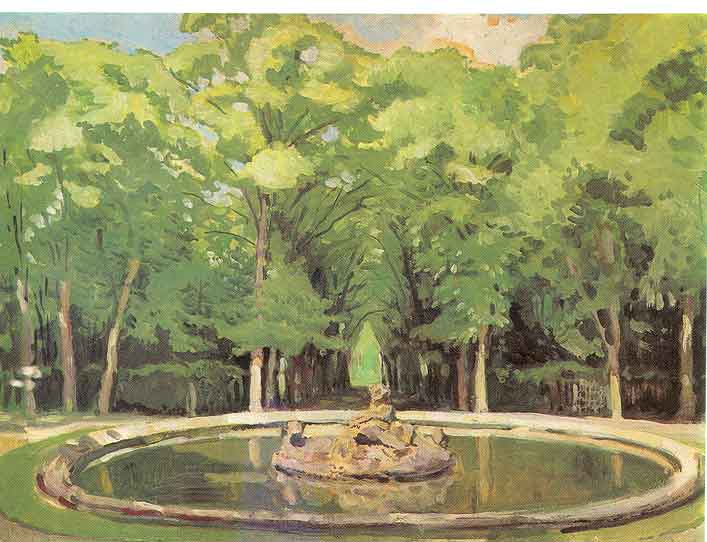 Sketch for stage design for “The Stone Guest” play by A. Pushkin 1914