Alexander Drevin and Nadezhda Udaltsova are a married couple whose works are also displayed at the Yerevan Museum of Russian Art.
She studied in Russia and in Paris, and started with cubism. He was a Latvian by nationality (real name - Aleksandrs Rūdolfs Drēviņš), was a bearer of the traditions of the Riga art school. In 1920, they got married, thus their life and creative paths crossed, and in the following years they came noticeably closer to each also other in their pictorial thinking. Spouses often went on creative business trips together. In the 1920s and early 1930s, they worked together - first in Altai, then in Armenia. Altai literally stunned Drevin with its extraordinary beauty. He wrote about this in his memoirs.
In Professor Abrahamyan’s collection, Drevin is represented by works “Altai. A Dry Birch,” “Altai. A Storm in the Steppe,” “Pink Landscape with a White House”, in which the artist achieves an unusually strong expression of the drawing and color.
Udaltsova is represented by several landscapes of the Armenian cycle and late still life. In the landscape “Armenia. Work in the Vineyard” behind of the workers’ figures are bent trees, as if the ground is moving. In two other landscapes - “Armenia. Nork” and “Landscape. Armenia” - on the role of the figures takes on the trees. In Udaltsova’s “Still Life” (1945), flowers, fruits, dishes - traditional objects of a classical still life are presented.
A. D. Drevin at the Museum of Russian Art (Prof. A. Abrahamyans collection):
“Altai. A Dry Birch”,  1930
“Altay. Return Home”, 1931
“Pink Landscape with a White House”,  1931
“Altai. A Storm in the Steppe” , 1932
“Armenia. Road to Nork  ” 1933 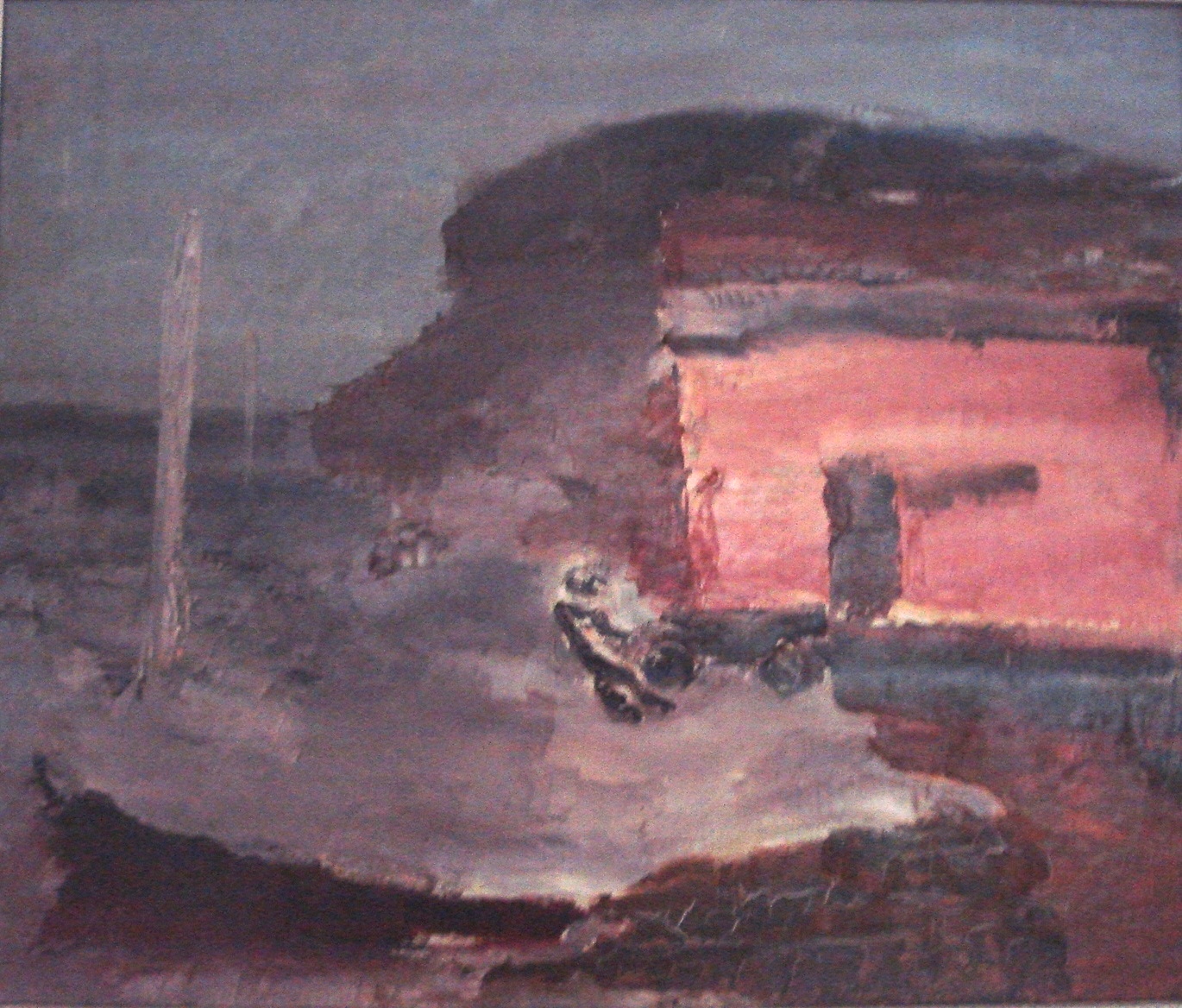 Pink Landscape with a White House 1931