K. Petrov-Vodkin was an artist of exceptional creative talent.
In 1907 in North Africa, in Biskra, a small pencil-watercolor work “A Native Child” was painted - the result of the artist’s African impressions and his passion for Paul Gauguin’s art.
In the watercolor sketch to the painting “Girls on the Volga,” a general compositional scheme of the future painting is developed, the poses of the figures of three girls depicted by the artist on the banks of the Volga are refined.
The Samarkand oil sketch on canvas “Boys on the Background of the City” is the result of the artist’s trip to Central Asia in 1921. Tranquility and silence spilled in space, akin to the eternity to which this ancient city of the East was involved.
Finally, the oil painting of the wife and muse of the artist, Maria Petrova-Vodkina (Maria Jovanovic), repeatedly depicted by him on his canvases.
Kuzma Sergeevich Petrov-Vodkin was also a talented, unique writer. To literature he gravitated from youth. He gravitated towards literature from youth. A remarkable autobiographical trilogy «Khlynovsk», «Eurlid Space», «Samarkandia» came out from under his pen.
K.S. Petrov-Vodkin at the Museum of Russian Art (Prof. A. Abrahamyan’s collection):
“A Native Child”, 1907
“Portrait of the Artist’s wife  M. Petrova–Vodkina” 1912
“Girls on the Volga”, 1914
“Boys on the Background of the City(Samarghand study)”, 1921

Boys on the Background of the City 1921 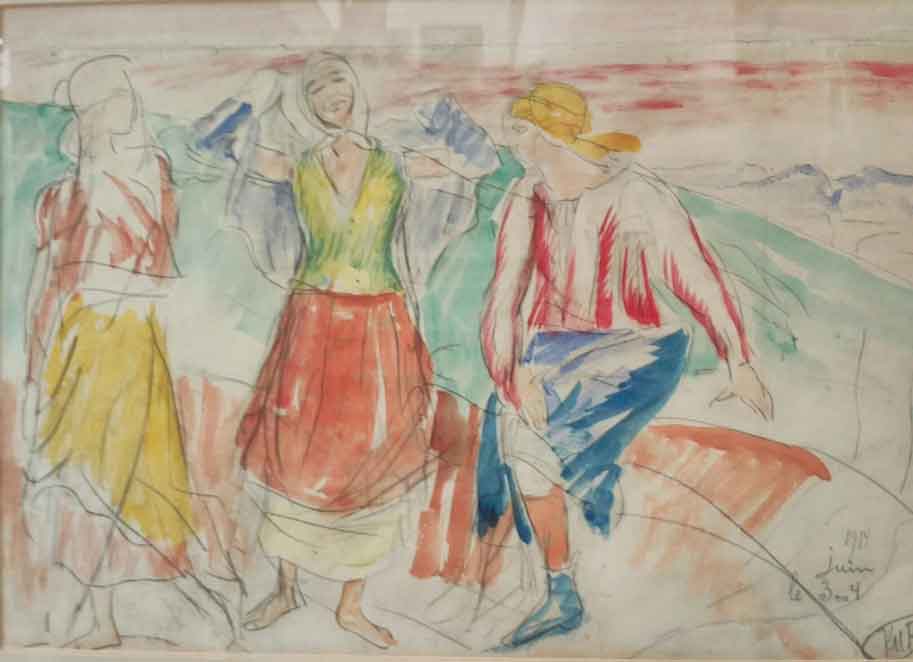 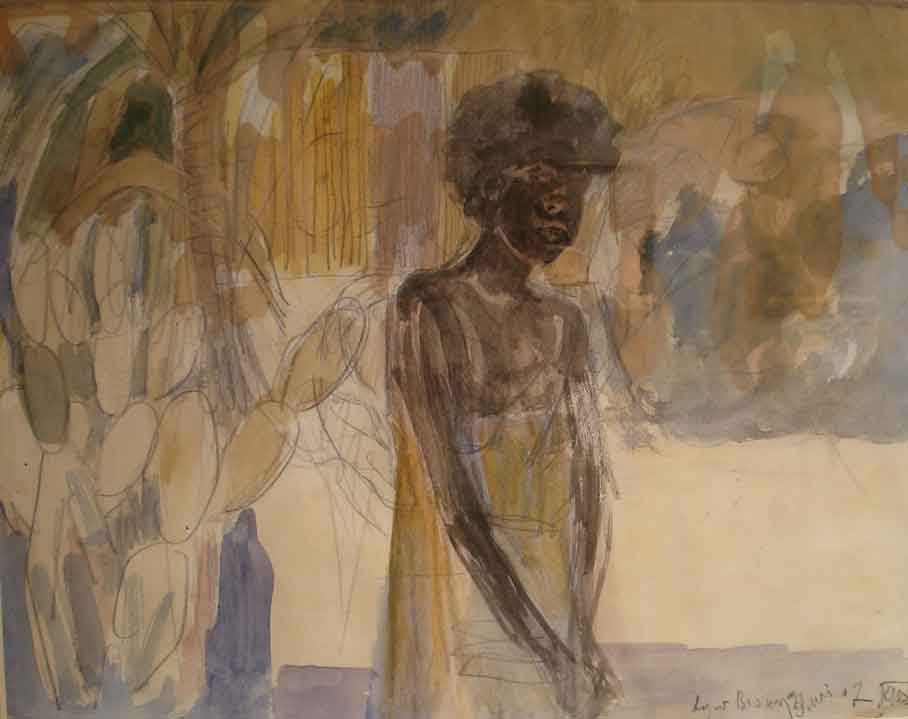