Nikolas Konstantinovich Roerich was a man of multifaceted talent. He was a painter and set designer, archaeologist and ethnographer, writer and traveler, historian and philosopher. He was born on September 27 (in the old style) 1874 in St. Petersburg in the family of a famous lawyer-notary. The Roerich family is an Ancient Scandinavian family established in Russia under Peter Ι.
In 1910, Nikolas headed “World of Art” St. Petersburg artistic association.
After the Bolshevik Revolution, Roerich traveled to many countries, but was most attracted to India, which he had been fond since he was a young ma. In 1923, he saw India and began his great friendship with a country where he was destined to live the rest of his life.
The works of Nikolas Konstantinovich Roerich presented in our museum refer to the pre-revolutionary, Russian period of his activity.
“Archaic Landscape,” “Cloud” and “Sign” were painted in the 1910s. Roerich has always tended to symbolism, widely using various signs and symbols in his works. This gravitation is definitely felt in these landscapes. Landscapes are uninhabited. Rare trees animate them. And the unusual “historical” land silently keeps the memory of the past, and as evidence of the millennial history remain on this land ancient stone constructions - some “signs.” They remind us that, once upon a time in ancient times, there were people and civilizations there. The landscapes are filled with tempera and pastel technique, which give them airiness and colorfulness. They are dominated by blue, light blue and white - the artist’s favorite colors. The blue color often gets many shades.
Nicholas Roerich died on December 13, 1947 in the Kullu Valley. There stands a monument to him.
While living in India, Roerich did much to strengthen and further develop Russian-Indian friendship.
N. K Roerich at the Museum of Russian Art (Prof. A. Abrahamyan’s collection):
“Archaic Landscape” The 1910-s (?)
“Cloud”, 1913
Sketch for stage desigh for M. Meterlink’s performance “Princess Malen”  1913
“Sign” 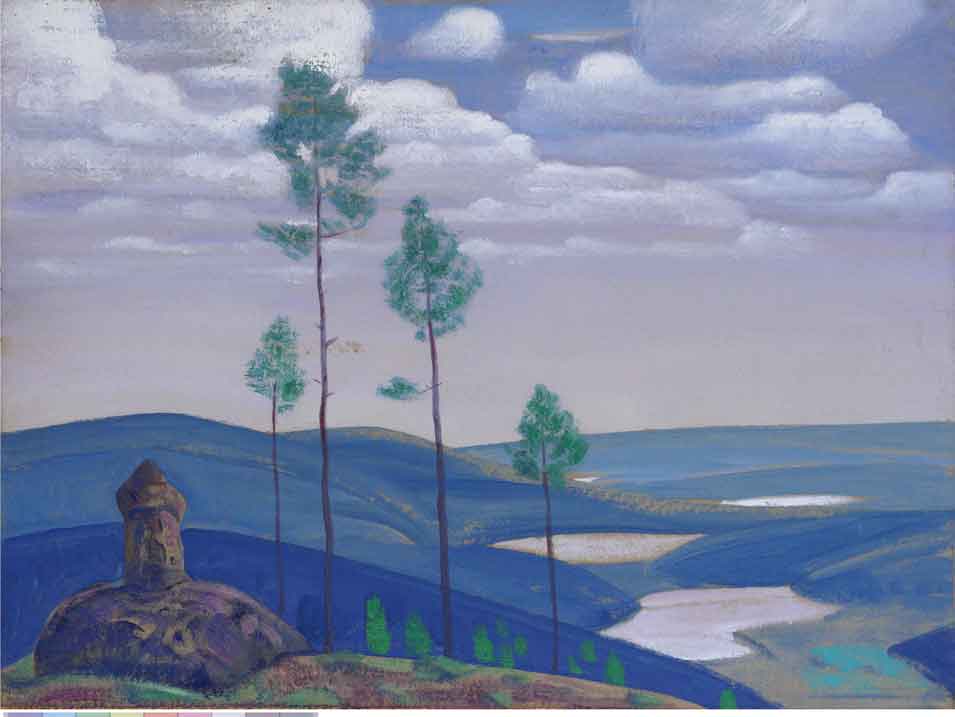 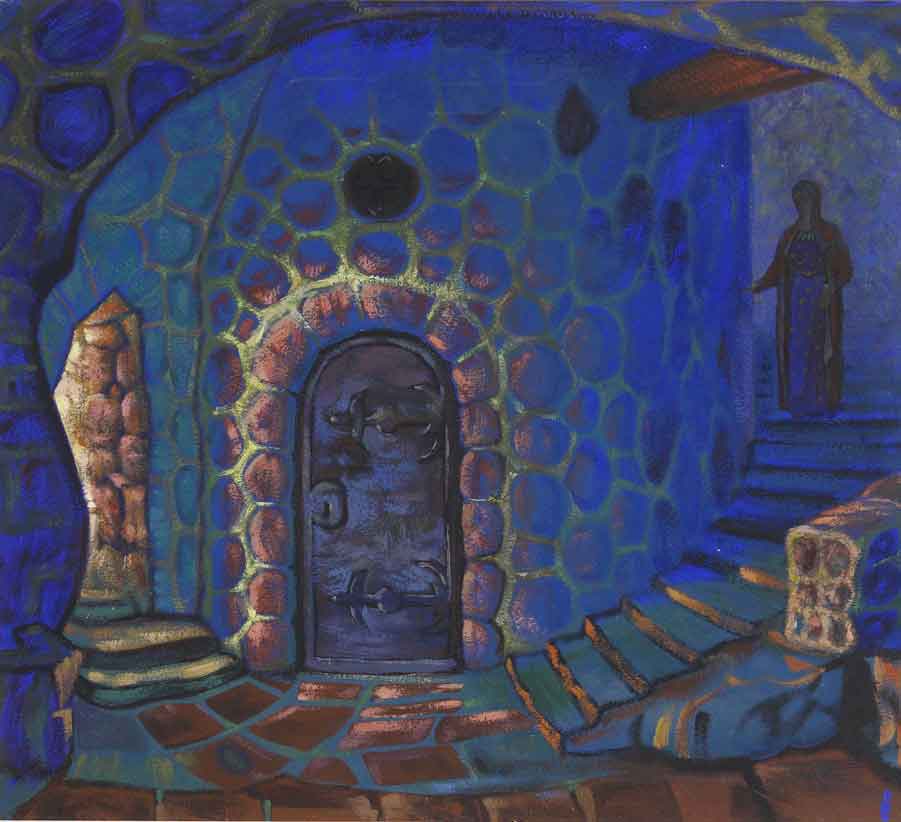 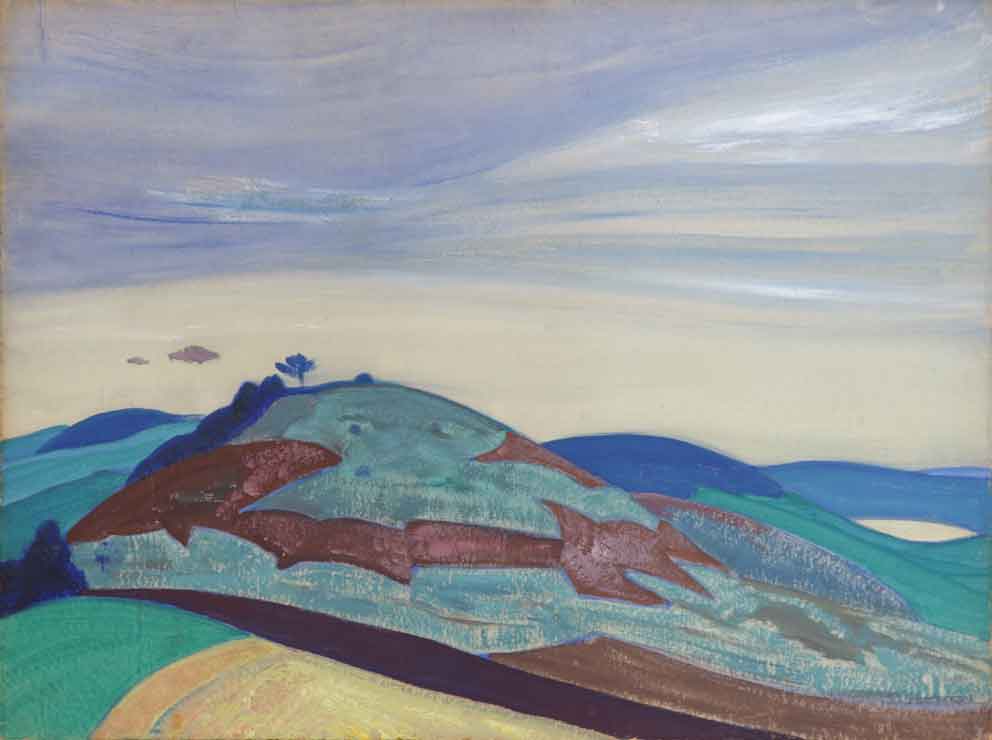